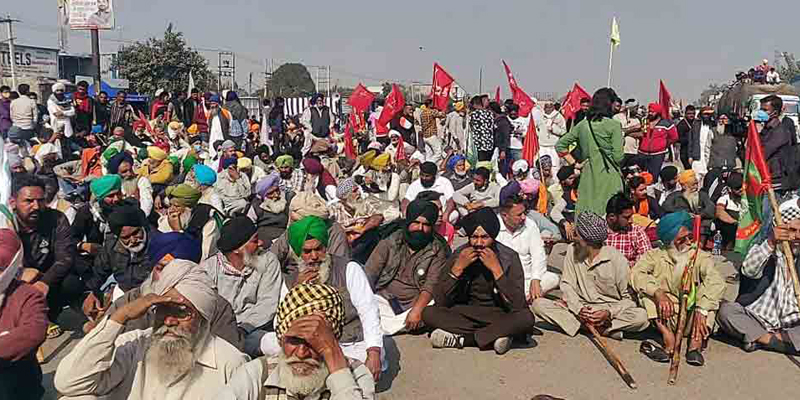 After the Parliament passed thee laws related to agriculture, there has been an uproar across India. Lakhs of farmers (from more than 30 different farmers’ union groups) are gathered at different Delhi border points to protest against the laws; the agitation is likely to intensify if the government doesn’t recall the three laws which farmers call – Black Laws.

What Does the Government Say?

The three farm laws implemented by the government are projected as one of the most significant reforms in the Indian agriculture sector that will eliminate middlemen.

Previously, farmers could sell only at the mandis of APMC – Agricultural Produce Marketing Committee; however, with the Farmers’ Produce Trade and Commerce (Promotion and Facilitation) Act, 2020 coming into force, farmers are able to sell their produce outside APMC mandis, anywhere throughout the country.

What Are the Three Laws the Nation is Talking About?

Let’s now discuss some of the advantages and disadvantages of the three laws in brief.

1. The Farmer’s Produce Trade and Commerce (Promotion and Facilitation) Law, 2020

2. The Farmer’s (Empowerment and Protection) Agreement of Price Assurance and Farm Services Law, 2020

Farmers Union from Punjab, which is also a part of “Delhi Chalo” march, are protesting against the three farm laws passed by the Centre. The core motive of the march is to voice their demands, seeking the Centre’s surrender before the farmers. The government has deployed heavy security forces at Delhi-Haryana border areas which are the prime locations of the protest.

The “Delhi Chalo” March: Why are Farmers Angry?

The laws have created mistrust in farmers towards the government that is highlighting the positive aspects of the laws as the opportunity to modernise the agriculture sector in India. However, the government should take the responsibility to consider farmers’ and states’ opinions before passing such laws.

Besides, the primary thing that the government should focus on in the first place for the betterment of farmers is strengthening the APMC mandis and eliminating loopholes in them.

At Apni Kheti, we always support farmers and their interests, for which we frequently post informative articles that help them become aware of the latest agriculture laws and trends. To learn more about farming, farm equipment, seeds, plant diseases, pesticides, etc., and to get the latest news and updates from the agriculture world, download the Apni Kheti app now.