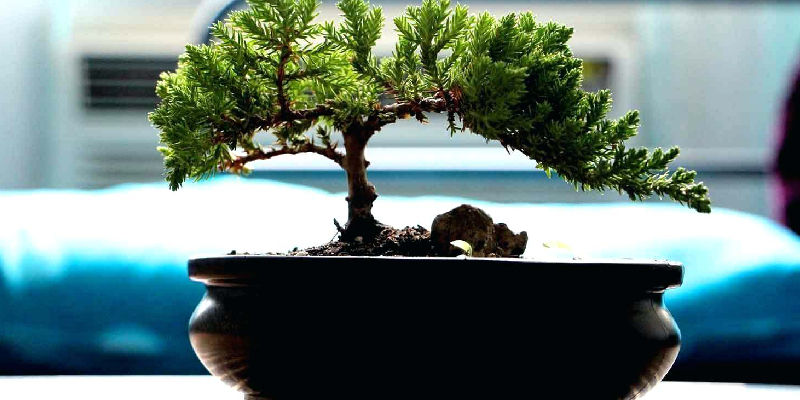 Bonsai word is made up of two different words – Bon and Sai, Bon means tray or a shallow container and Sai means plantation. Altogether Bonsai is a living art of work, whose history and beginnings are centuries old. It is believed that in ancient times, some parts of plants were required by the medical practitioners and sages to treat their patients. To collect those plant parts they had to go to the forest every time. To avoid the frequent to and fro they started planting the seeds and buds of those plants and trees in pots, and in this way Bonsai turned into an art.

Historians believe that Bonsai art originated in ancient Asian civilization. It was first produced in China and developed in Japan, and later with the time it became popular throughout the world. Buddhists and Mongolian people also contributed to this art. The oldest plant prepared using Bonsai art is currently present in Tokyo, Japan, and its age is considered to be more than 500 years. It is considered as a national treasure for the Japanese people. 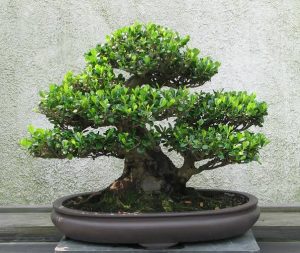 In India, Bonsai Society was established in the year 1972, in Mumbai city and first Bonsai garden was built in 1990, at Kamla Nehru Park, Mumbai.

In simple words, if talk about Bonsai then it means big trees like Banyan, Neem, Peepal, Tamarind and plants like these are grown in small potted plants. This is not only a work of art, but is also related to technical and scientific work. Bonsai is not just prepared by the plantation of Peepal and Banyan like trees in shallow pots.

First of all, it should be known that what shape and size is to be given to the plant which is to be prepared. This work is not limited to one or two years, it takes years of hard work to prepare a great bonsai. Therefore, we should know that our bonsai will take which type of shape, after years of hard work.

Technically, there are mainly six to seven types of styles and it is not possible to discuss in detail in an article. But still the primary things or technical aspects that should be taken care of are:

Pot Selection:- Common pots are not used for Bonsai plantation. Mainly their depth is not very much, but they can be circular, oval, square, hexagon etc., in appearance.

Plant Selection:- Selection of plant is the most important part for preparing a Bonsai, because every plant has different growth and appearance and not every plant can be turned into a Bonsai.

Plantation:- Soil is not the only thing that is used in the pot, but after covering the pot holes, the lower surface should be made up of very fine pebbles & stones, and then the plant is planted only after preparing a mixture of mud dung manure. 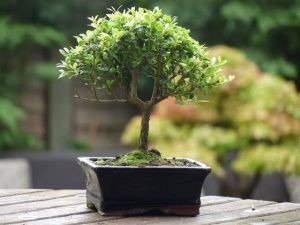 Manure usage is important as it plays a significant role in the growth of the plant. To give a unique and beautiful appearance to the plant wiring is done, in which aluminium or copper wire is wrapped around the plant.

Many different types of tools are required to do all the work and these tools are easily available in the market. Watering is done according to the summer and winter season. When all the heavy lifting is done correctly, then it is also very important that how the plants are displayed so that you and everyone else who sees them are fascinated with its appearance.

Bonsai preparation is not very difficult task. But patience and hard work are the two main requirements, or you can fulfil your wish by spending a big fat amount and purchasing it from the market i.e., big nurseries.