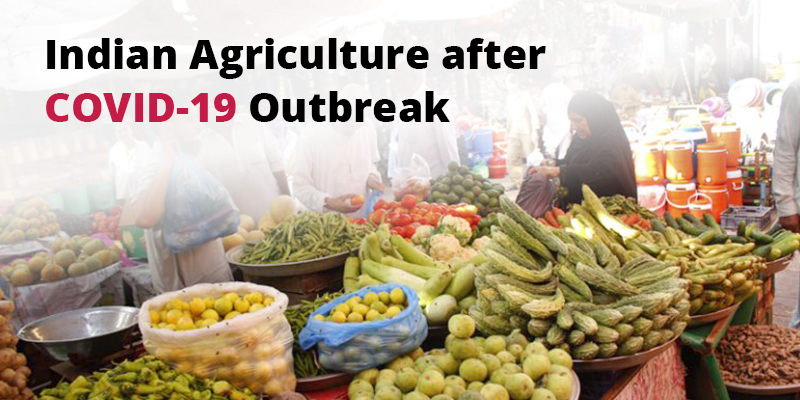 Covid-19, originated in China, has spread across the world in the form of a pandemic. This pandemic has affected many lives around the world. The Indian Government declared a nation-wide lockdown in the country on 25th March, initially for 21 days and gradually extending the number of days to control the spread of the disease. The lockdown restrictions were very strict during the initial phase which affected the various sectors of the economy including the agriculture sector. As the Import and Export practices halted, both the supply and demand got affected which had a great impact on Price and distribution. However, agriculture sector still maintained to be the brightest spot in the economy as compared to the other sector.

Impact on Production, Consumption and Marketing

Food Market was entirely disrupted after during COVID-19 alarm. The lockdown followed by the income shocks which resulted in the altered consumer behaviors. As the concerns of health issues hiked, people cut off their demands of non essential foods and started prioritizing the essential food items.

The limited resources and the lower consumer demand further caused the decline in the agriculture production. The availability of farm inputs such as seeds, machines, fertilizers etc. was insufficient and hence the adequate amount of output became difficult to generate.

The food system is not just about the production but also includes the supply of the products to the consumers. During the lockdown, as the transportation activities were terminated, the issue of supply and the marketing of the produce came up.

Government Policies to support the situation