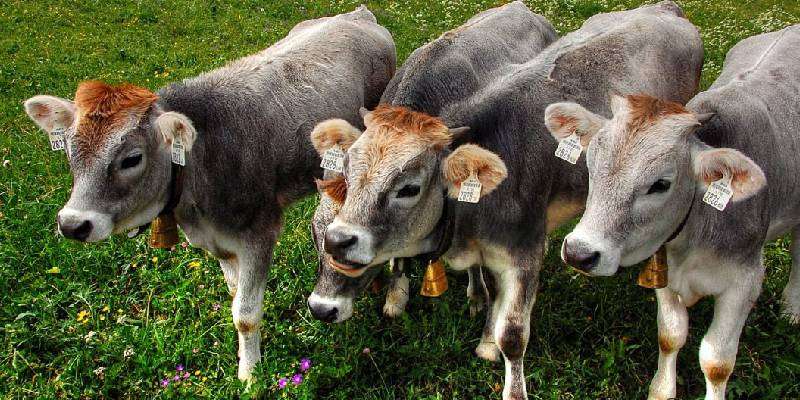 In fact, successful dairy work starts from the calves. Children should be cared properly for the first six months. Especially the first 15-20 days of the new-born child are more at risk because 20-30 percent of the children get more ill at this time. The weight of the child at birth is about 10 percent of the mother’s load. A healthy child grows up to 500 grams in terms of physical growth.

1. At the time of birth, check that blood is not coming out of umbilical region of the calf, if blood is coming then tie a thread around the umbilical part and immediately after the birth clean the mucus liquid around the mouth and eyes, so that the child can breathe properly.

2. Immediately after the birth of the child, hang the child upside down so that the water will come out from the mouth and then let the mother lick her calf. If the mother is not licking her calf then sprinkle jaggery powder or choker on the calf so that in the greed of eating it, mother will lick her child.

3. After 2 hours of the birth, feed colostrum(first milk after giving birth) the child, but keep in mind that fed only one-tenth of the calf’s weight. If the weight of the calf is 27 kg at the time of birth, then one day dose is 2 kg 700 grams. Feed colostrum 2 times in winter and 3 times in summer in the first 3-4 days after delivery.

4. If a mother of a calf dies after her giving birth, then mix castor oil 5 ml, fish oil 5 ml, and one egg in another cow’s milk and feed it to the calf.

5. Calves should immediately fed their mother’s milk after the birth, don’t wait for the placenta to come out, because when the calf start feeding then a hormone is released in the mother’s mind, which persuades movement in the womb and placenta comes out faster.

6. Always after boiling the scissor in the water use it cut the umbilical cord at a distance of 5-10 cm from the naval region and after that apply tincture iodine medicine on it.

7. If a calf is not able to stand on his own after 3-4 hours of the birth, then give support and help them to stand on their own. If necessary spray mother’s milk at the face of the calf.

8. After six months of the calf’s birth must give Brucellosis and foot/mouth rot disease vaccination.