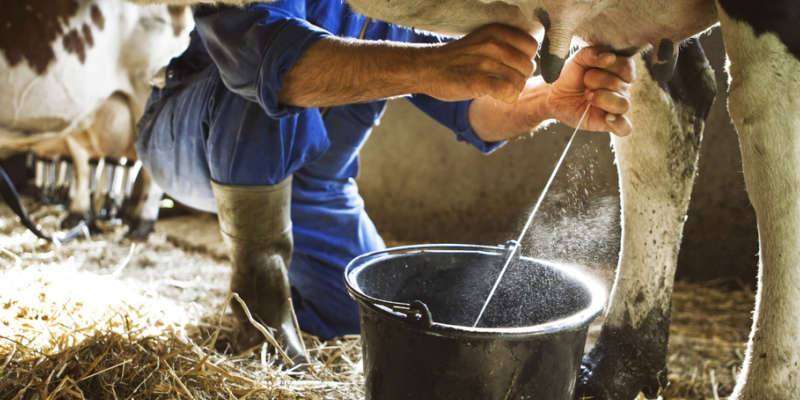 The main product of animal husbandry business is milk. The most important thing for the person doing animal husbandry is to get more and more milk but it is equally important that milking should be done in a healthy and clean environment because the milk of a sick animal or a diseased animal’s cannot be used in the same way and its value is also not good.

Some things to take care while milking the cattle:

• Cut the hairs grown around the udder part of the animals.

• While milking the cow tie up the tail.

• Don’t excite the cow while milking it, keep them calm and peaceful.

• Milk the cattle morning-evening at the right time.

• Do not milk the cow by stretching the teat.

• After milking the cows, the mouth of the teat is open for some time, and during this time many bacteria enter the udder part and cause swelling in the udder part.

• After milking the cattle, give the grain and green fodder to the animal so that the animal do not sit for some time or you can also use a teat dip.

• Milk the cow fast and continuously.