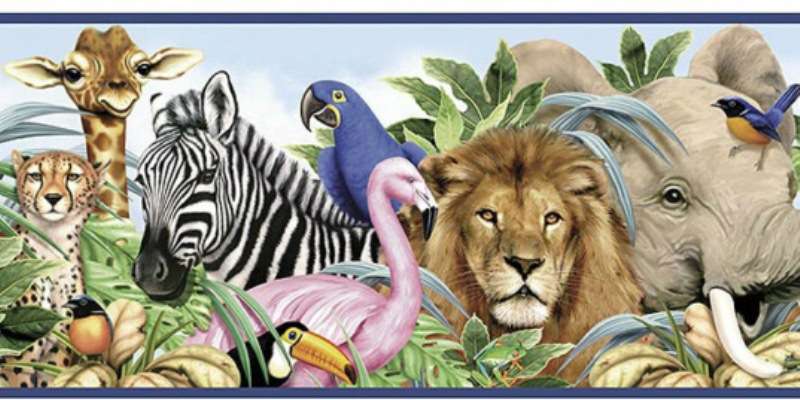 1. World’s smallest land animal is vertebrate. (Paedophryne amanuensis) species of frog and was difficult to detect. It was discovered while experimenting on an animals’ litter in the forest and when the litter was put in a bag this animal was found hoping around the bag. 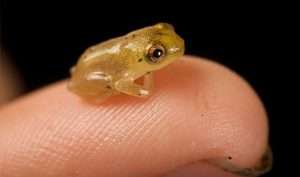 2. World’s largest mammal and animal under water is the Blue Whale. Blue whales weigh up to 200 tonnes, or around 441,000 pounds. 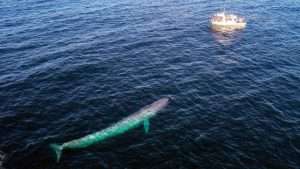 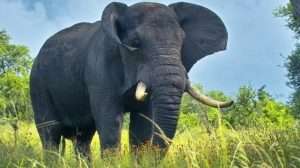 4. World’s tallest animal is African Giraffe (Giraffa Camelopardalis). Male Giraffe’s height is 4-5 metres and it weighs around 1 to 4 tonnes. Giraffes do have a larynx (voice box), but perhaps they couldn’t produce sufficient airflow through their 13-foot long (4 metres) trachea to vibrate their vocal folds and make noises. The researchers suspected the reason no one heard giraffe communication was because the sound frequency was too low for humans to hear. 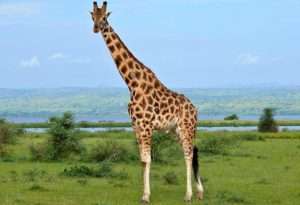 5. World’s longest living animal is Red sea urchins. They are believed to be almost immortal. They are found in the shallow water of the Pacific Ocean along the West Coast of North America. These small, spiny creatures have been known to live for more than 200 years. 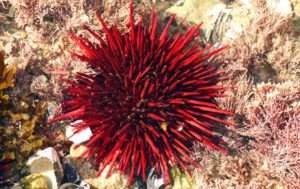 6. World’s largest living bird is the ostrich (Struthio camelus), from the plains of Africa and Arabia. A large male ostrich can reach a height of 2.8 metres (9.2 feet) and weigh over 156 kilograms (344 pounds). 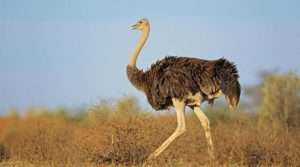 7. World’s smallest bird is the bee hummingbird (Mellisuga helenae) of Cuba. Males measure 57 mm (2.24 in) in total length, half of which is taken up by the bill and tail, and weigh 1.6 g (0.056 oz) Females are slightly larger. 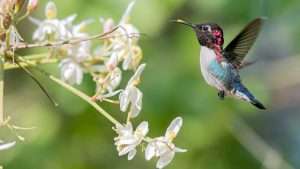 8. World’s most beautiful bird is resplendent quetzal, mostly finds in vibrantly coloured live in the mountainous, tropical forests of Central America where they eat fruit, insects, lizards, and other small creatures. 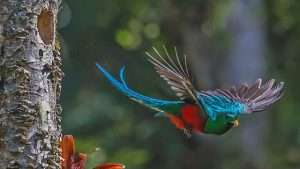